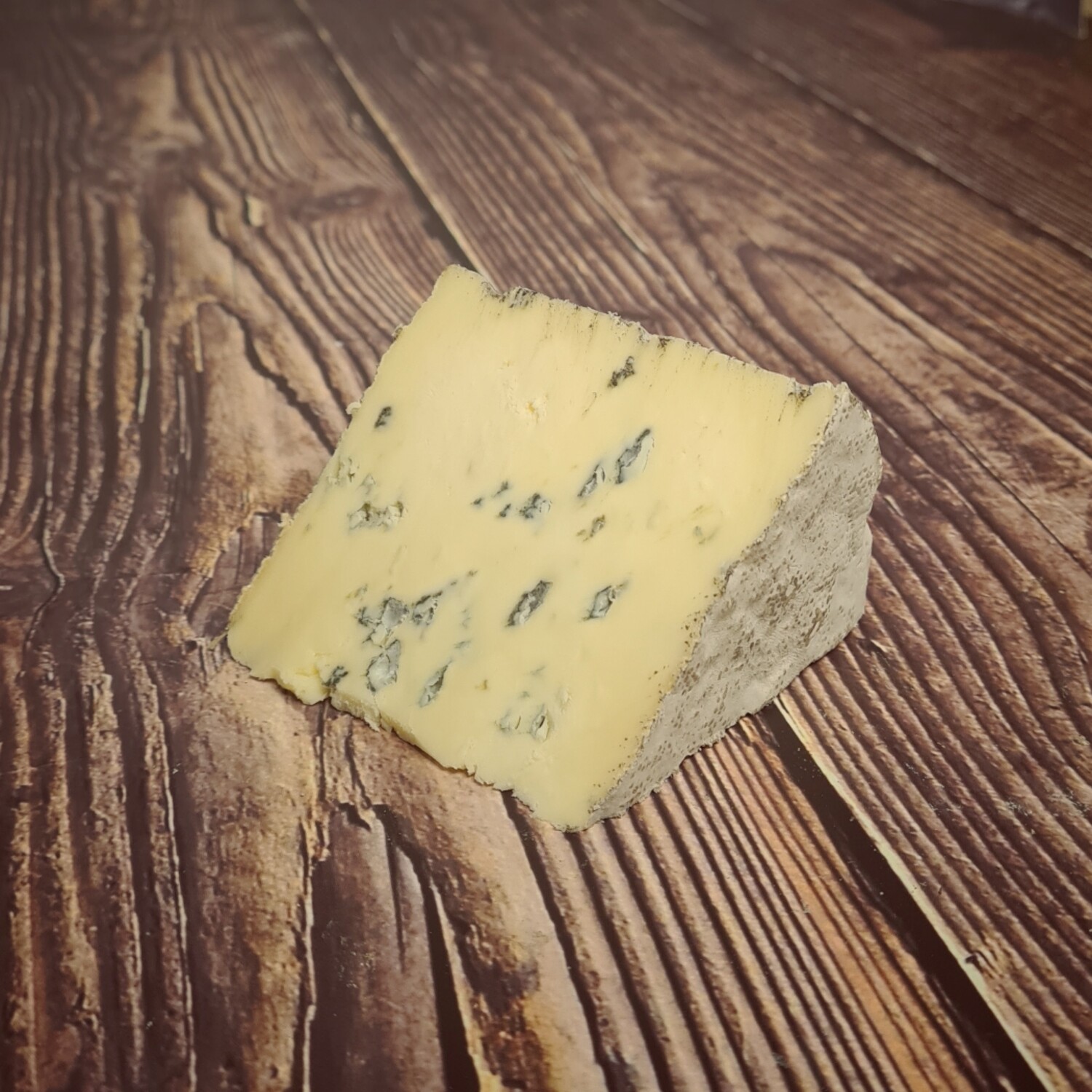 Binham Blue is a soft blue veined cheese produced using pasteurised milk from Holstein Friesian and Swiss Brown cows which graze near Wells-next-the-Sea, at the small village after which the cheese was named.

Made with vegetarian rennet, from a producer who prides themselves on high standards of animal welfare. It has a creamy texture and natural rind, with a sweet blue tangy taste. Full flavoured though not overwhelming, almost more like a Gorgonzola than a Stilton, with a smooth finish.

Binham Blue is one of a range of hand made cheeses produced by Catherine Temple of Copy’s Green Farm at Wighton, Norfolk.

Copy’s Green Farm is so conscious of their animals and environment that they are a leading cheesemaker in responsible and sustainable farming. Ensuring that their cattle food is mostly produced on the farm and is fully traceable from grass meadows through to the customer. Not only that, but their cheese production is fueled by energy created on the farm using biomass technology. The farm’s waste is also utilised back into fertiliser for the land, and they try to use minimal packaging for their goods.

Binham Blue been recognised as an award winner receiving Bronze at the British Cheese Awards in 2004, but the farm itself was also named as one of the Green Energy Farmers of the Year 2006.