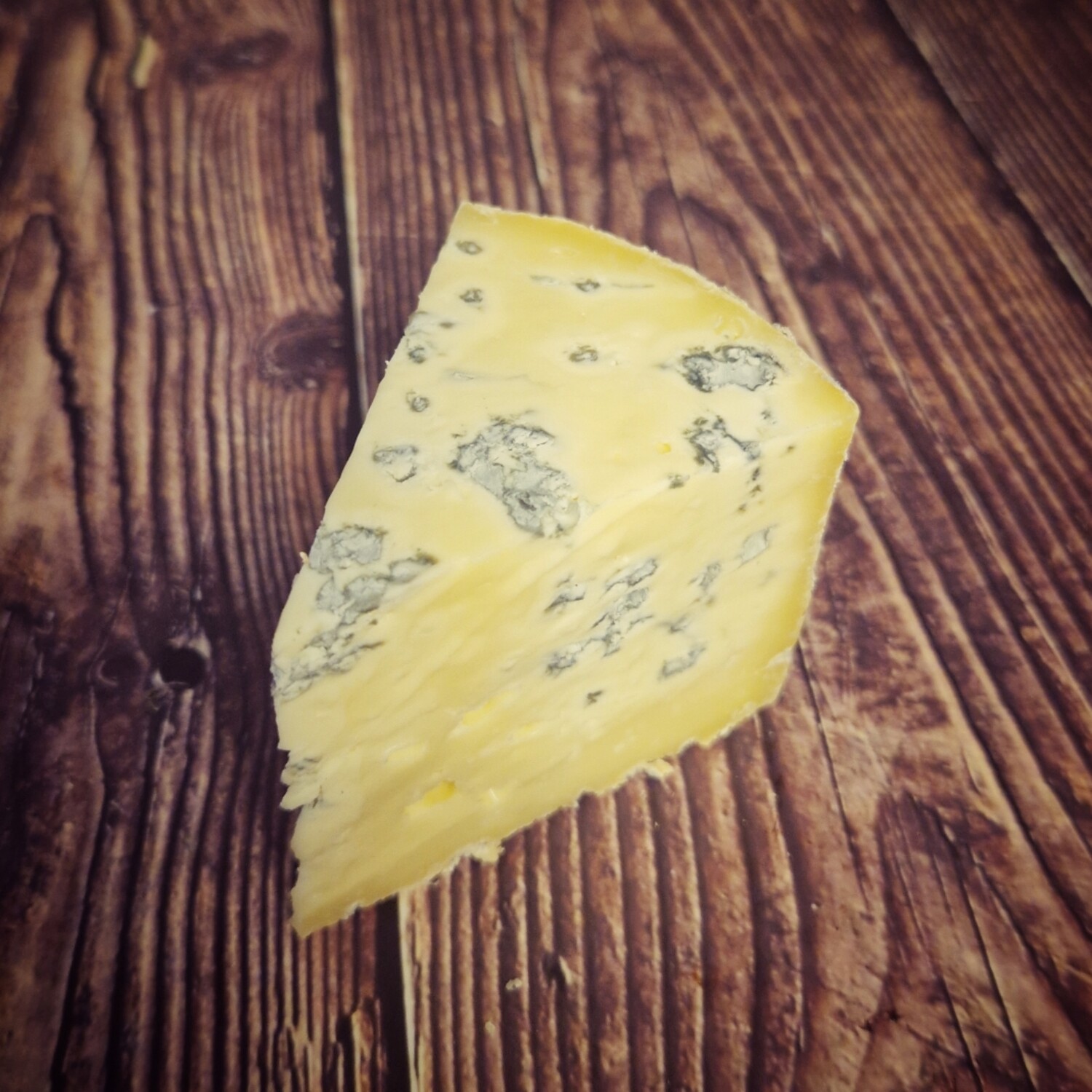 Designed to be eaten as a young cheese, Cornish Blue is a very different product from traditional English blue cheeses. Its flavour is mild and creamy, with a dense texture and buttery richness, instead of the ‘salty tang’ common of other traditional blue cheeses it has a gentle sweetness.

Cornish Blue has been produced on the Stansfield’s farm on Bodmin Moor since 2001. At that time milk prices had collapsed and dairy farmers were facing a struggle to survive. In the search for a new revenue stream Phillip and Carol Stansfield starting thinking about making cheese. They noticed there wasn't a blue cheese in the UK that fitted the flavour profile for those that found traditional English blue cheeses such as Stilton too strong and saw a perfect opportunity to introduce a much smoother creamier alternative. After doing some research and just over 12 months of trialling they were finally happy with recipe and in 2001 Cornish Blue became available to the market. Picking up various awards over the years and these days is known on more of a national scale but still made using the same method Philip used when first creating the cheese. The cheese has even been spotted in different parts of the world over the years including America, Middle East and Australia!