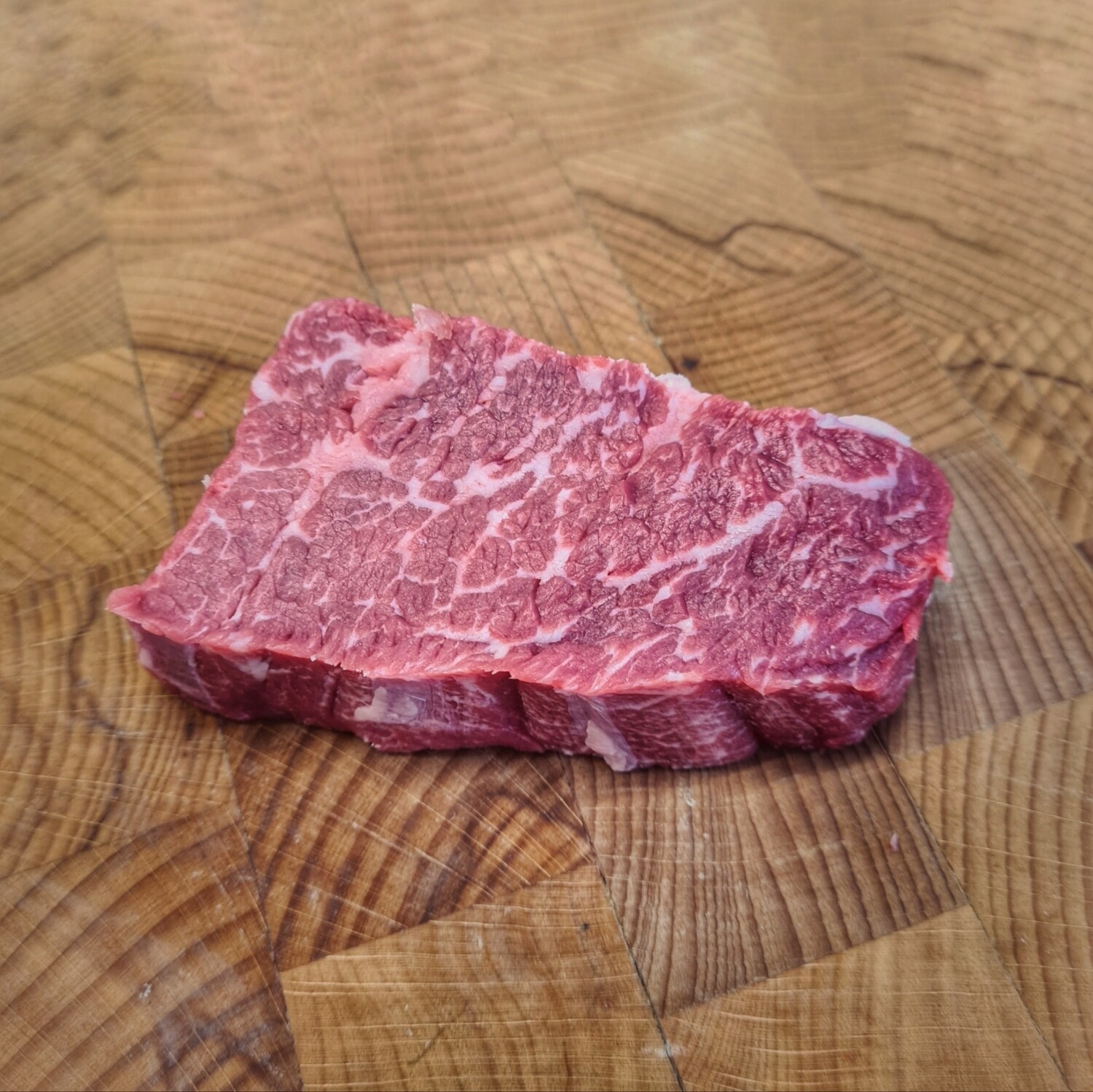 Denver Steaks are a bit if a secret cut, traditionally one the butcher would have sneaked out to take home!

Nestled in the should amongst lots of slow cooking cuts it would be easy to miss them, but with a skilled hand the muscle can be delicately removed using a specialist type of butchery called seam cutting.

They're not the biggest steaks in the world weighting in at 110gm each but what the lack in size is made up for in flavour. Generally they're very well marbled and have a very similar flavour to a ribeye steak.

They're are one of those cuts though that must be served pink, so don't be tempted to cook them any further than medium. Cook them quickly in a good hot pan or on the barbecue allow them 5 minutes resting on a warm plate before serving with a few chips and a sauce....pepper maybe, or one of our flavoured Abernethy Butters, alternatively slice into strips and pop in a steak sandwich.

We dry age all our beef in our state of the art cold store. Dry aging allows the meat to relax, the natural enzymes to break down the meat fibers making it tender and because it reduces in moisture loosing, roughly 15% of it's original weight, the flavour intensifies. We aged different parts of the carcass for different times and the shoulder, where the Denver Steak is cut from has a minimum of 36 days.

Proper dry aging is a specialist skill and requires a good eye to judge timings as no two carcass are the same, despite lots of mass production and supermarkets claiming that they 'dry age' or 'mature' they beef this is not the case. Like most things that are worth doing right, it costs extra money and time, two things they are not prepared to compromise on, so beware the fake dry aged meat out there.