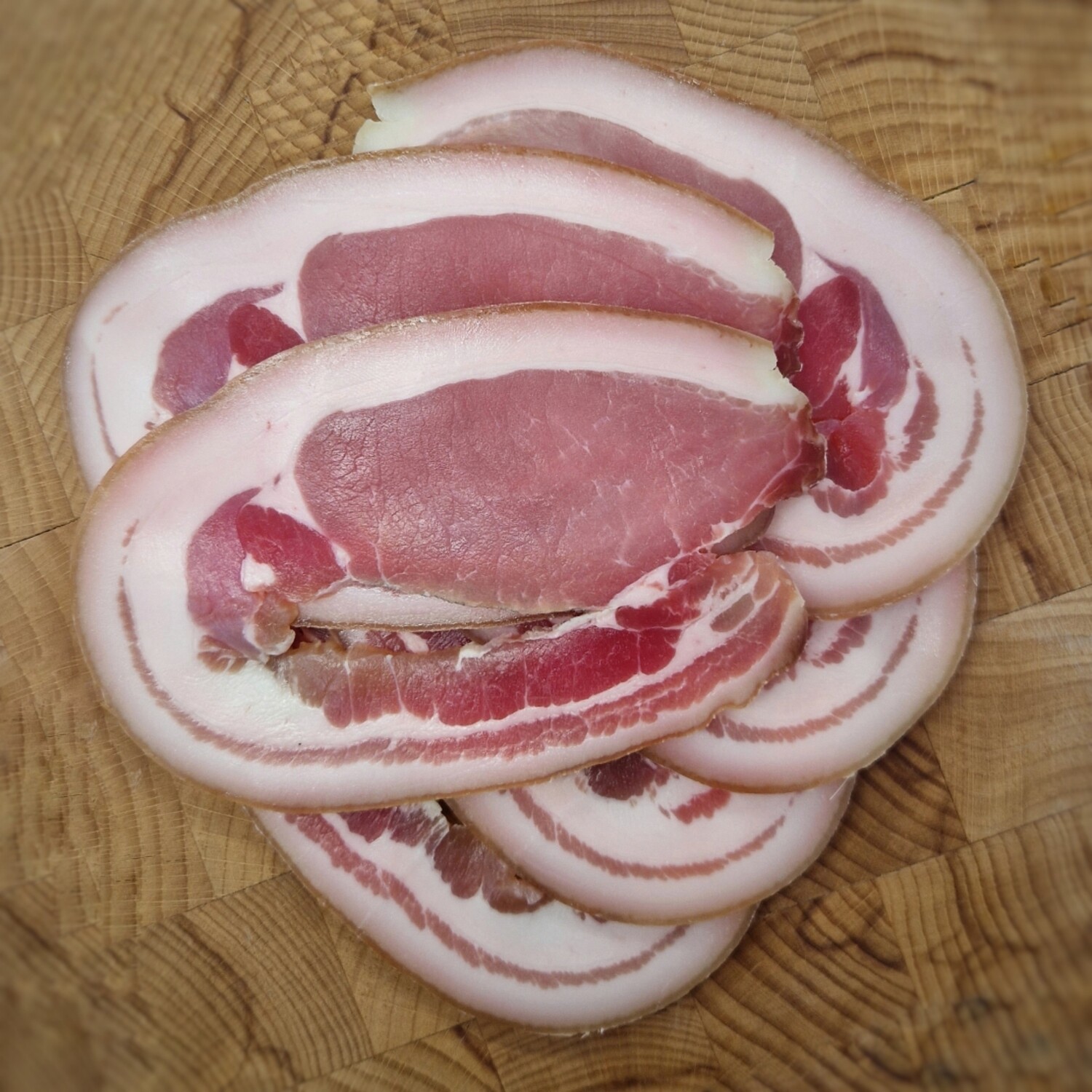 Middle bacon is a real treat especially when it has the rind on! Created by curing the middle as a whole piece rather than separating into shortback and streaky.

Dry curing bacon and hams is an ancient skill and to be done properly requires several weeks, much of the so called dry cured bacon on sale in supermarkets is not done in the traditional way and takes as little as a week to make.

We dry cure this bacon the old fashioned way with a secret blend of cure that we make from scratch using sea salt, unrefined sugar and spices for great flavour. This blend is rubbed into local rare breed pork and left to cure, it takes two weeks in the salt before being removed and hung up to age for 10-14 days. This reduces the moisture content and deepens the flavour resulting in fantastic tasting bacon and there's none of that white froth when you cook it.