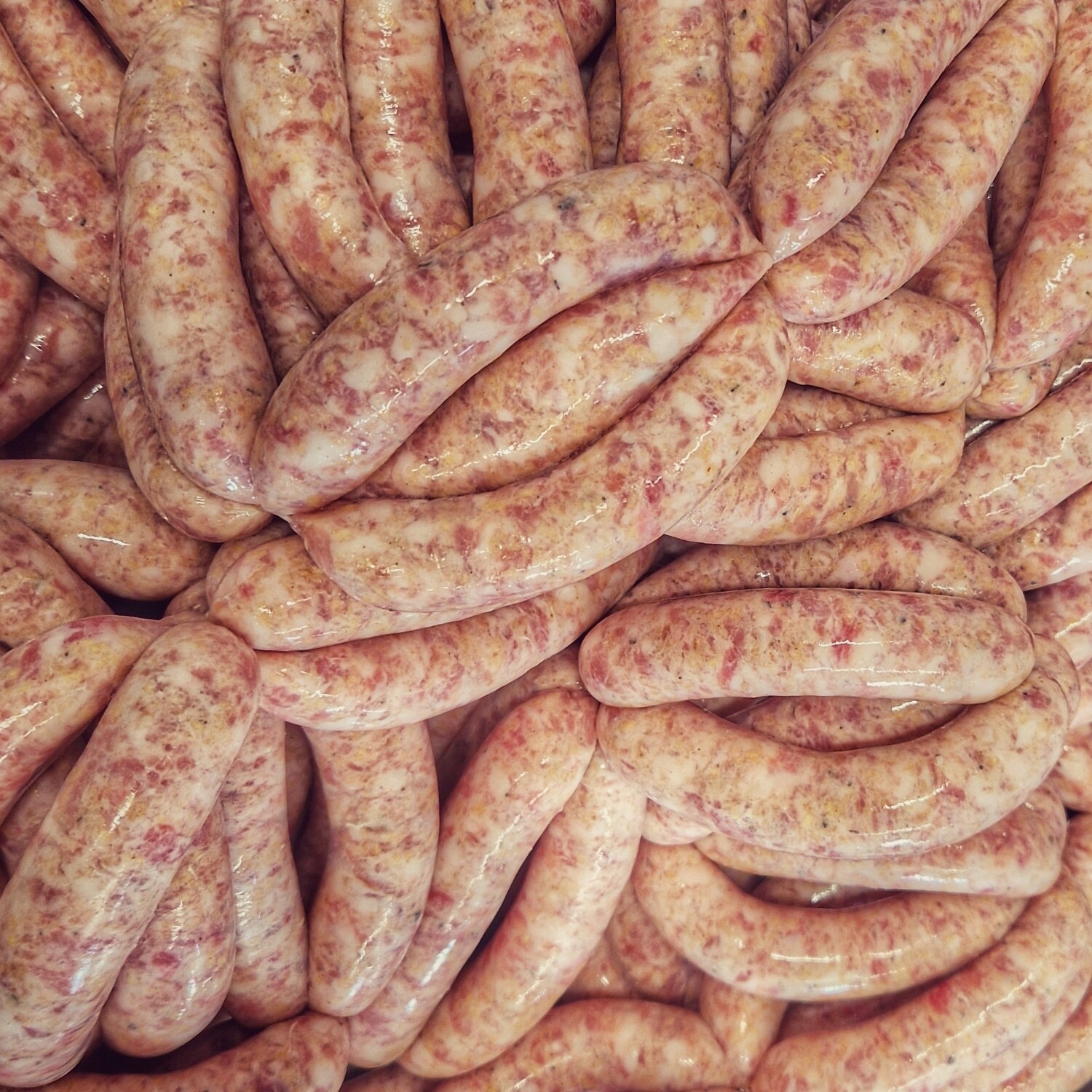 Based around a very old recipe that was made for coaching inns up and down the country as a breakfast sausage. Normally we fill these into sausage skins but for a change we have made them as chipolatas.

Originally cooked rice was included as a packer but this isn't a great ingredient for modern day production, so we have substituted it with our gluten free rusk.

Quite a heavily seasoned sausage and curiously there is a small...very small amount of sugar in the recipe, this was for two reasons, one as a preservative and secondly to add fortitude for weary travellers to get them through the journey ahead! They're a really tasty sausage and do make a great breakfast sausage.