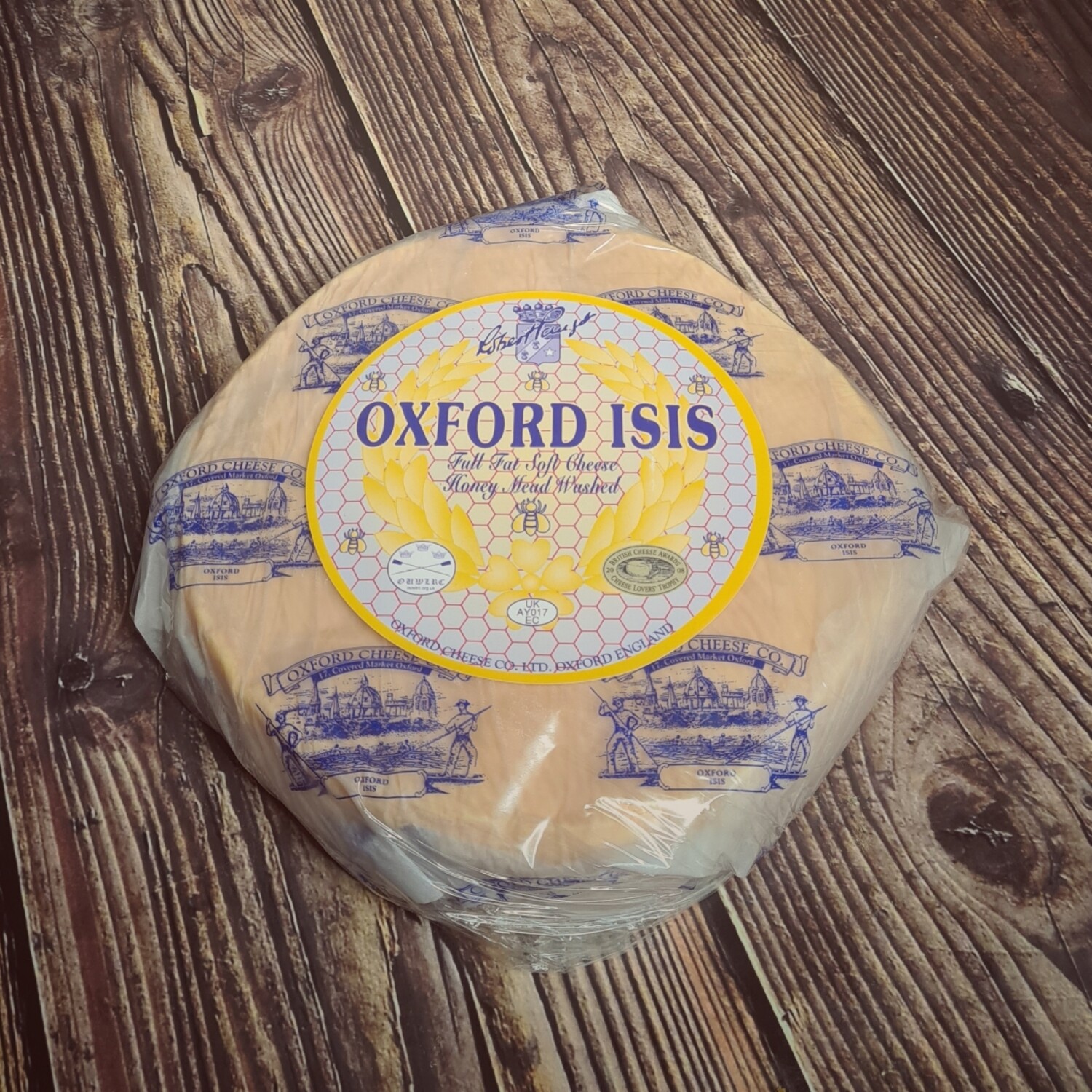 Oxford Isis, named after the alternative name for the River Thames in Oxfordshire, not a terror group. First created in 2003 by the Oxford Cheese Company to supply to Oxford University Colleges this full fat, creamy soft, pasteurised cows milk cheese is washed in Oxfordshire honey mead. Over a period of time the cheese alters in character and matures to a creamy consistency and develops a pronounced flavour and a tangy pungent rind.

If you're a proper cheese fan then this is absolutely a cheese for you. Winning the World Cheese Awards 'Cheese Lovers Trophy' and has featured in some of country’s top restaurants as well as at The Wimbledon Tennis Championships and Royal Ascot. It's even appeared on the menus of first class dining on the London to Paris Eurostar and British Airways.

Available in a selection of sizes, please choose from the drop down list. ALLERGENS: MILK