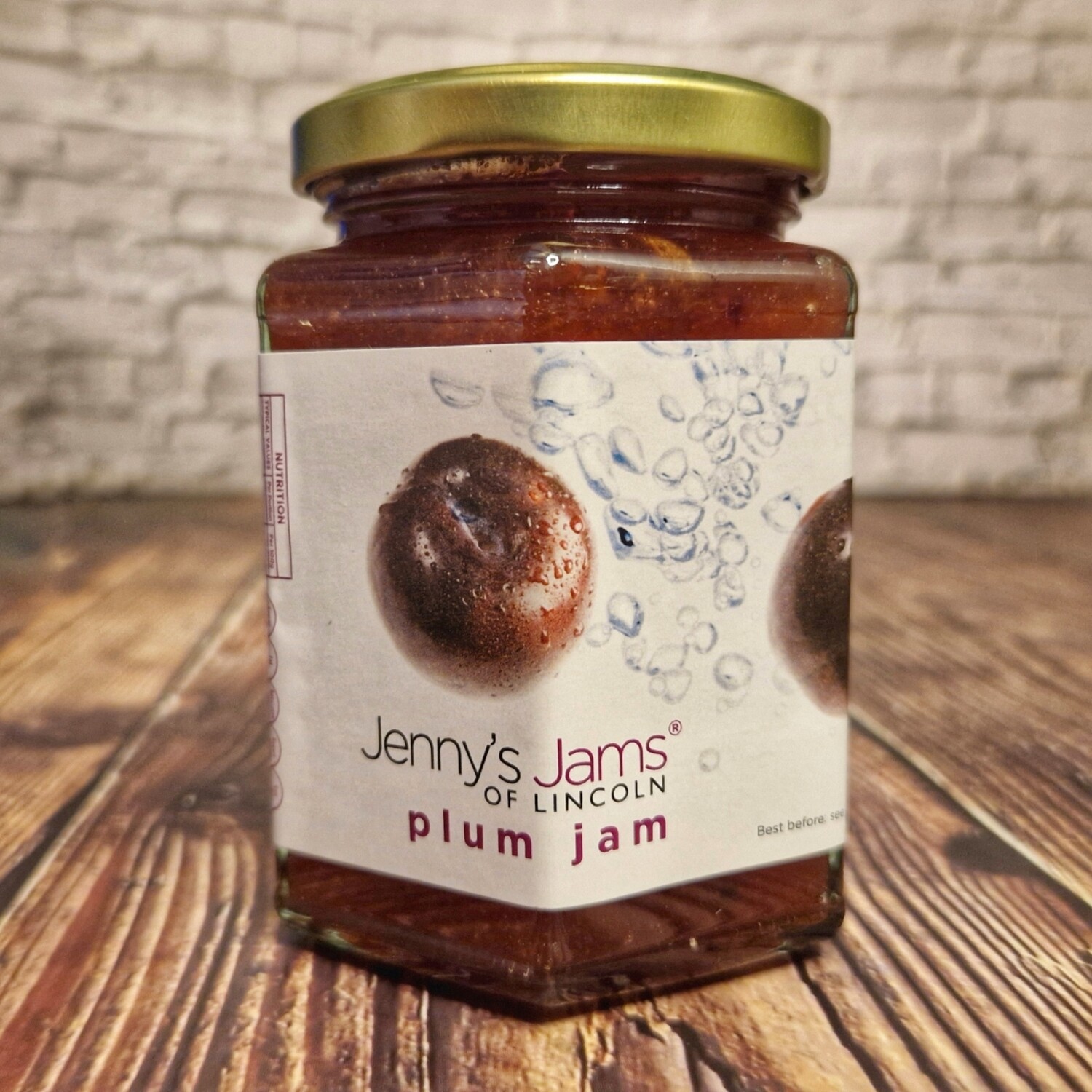 Everyone loves Plum Jam, don't they? Well probably not those who make it....all those stones! Well take the strain out of enjoying it with this delicious award winning one made by Jenny. We think plum jam is just a cut above other fruits and is absolutely delicious on a warm Buttermilk Fruit Scone with a blob of clotted cream, it's also great in a cake though......decisions decisions.

Back in 2005 Jenny and her daughter Elinor went strawberry picking and ended up picking far too much fruit, so Jenny set to and made jam with the strawberries she might otherwise have wasted.

Many jars were given as Christmas presents to family and friends and very soon she was besieged with requests for further jars.

With the success of her first batches of jam Jenny decided to try them at a car boot sale, and she quickly gained loyal customers. Before she knew it she had weekends booked to go to shows around Lincolnshire, and the week was spent making jams and forfilling orders.

Over the years her range has expanded and she is now Lincolnshire's premier jam and preserve producer and has won countless awards.

Keep refrigerated once opened and use within 28 days

of which are saturates 0.2g