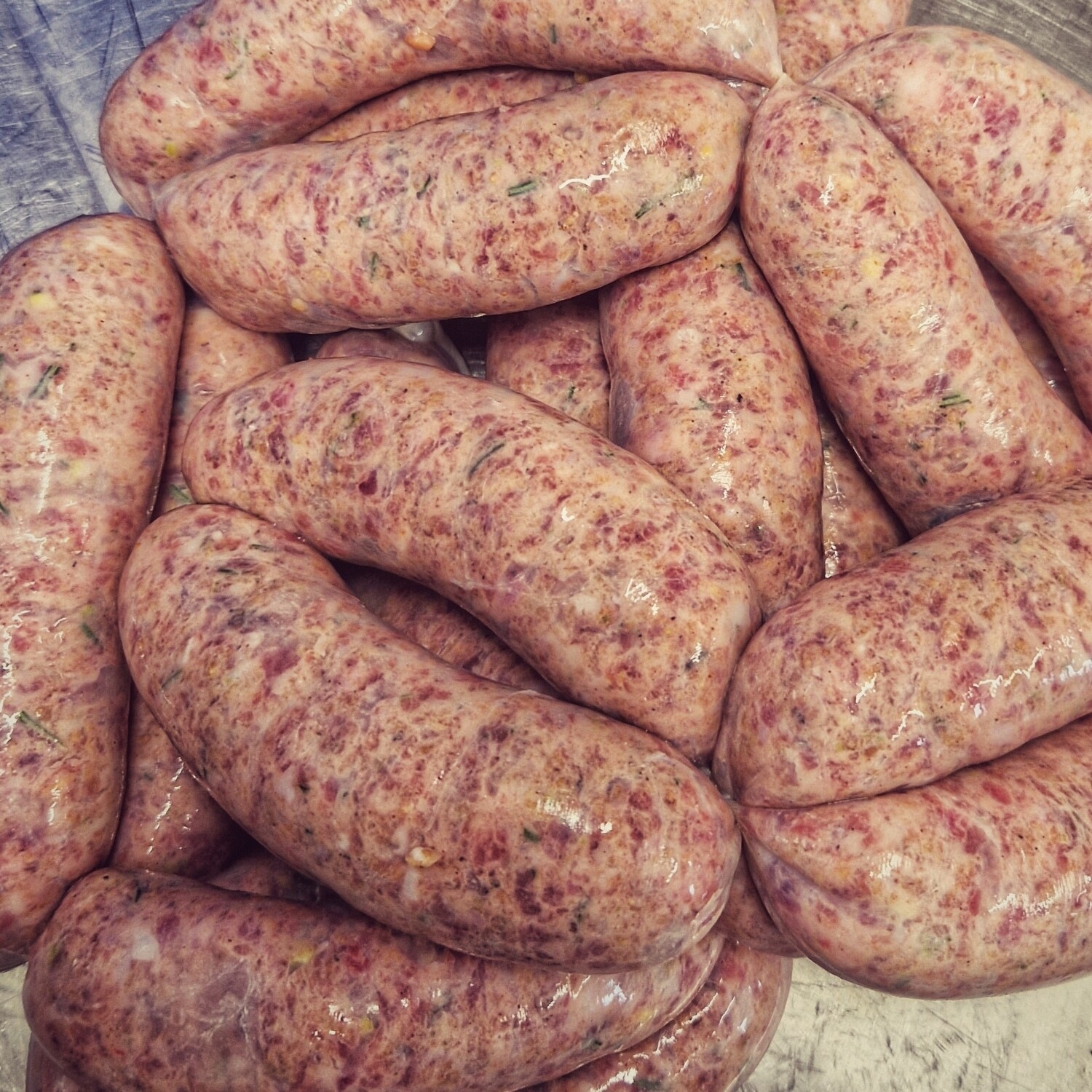 This is a brand new sausage, developed over a few weeks out of an initial idea that pistachios would go nicely with pork. After a test batch we decided it needed a little something else and with a fabulous rosemary bush engulfing our herb garden we decided to give it a go.

The result was a delicious sausage with delicate flavour and a lovely texture from the nuts, we think it makes an amazing barbecue sausage.

On a side note, because it's a nice story......our huge rosemary bush was originally a tiny sprig that we received in a bouquet of flowers as a wedding gift, we potted it up and the rest as they say is history.