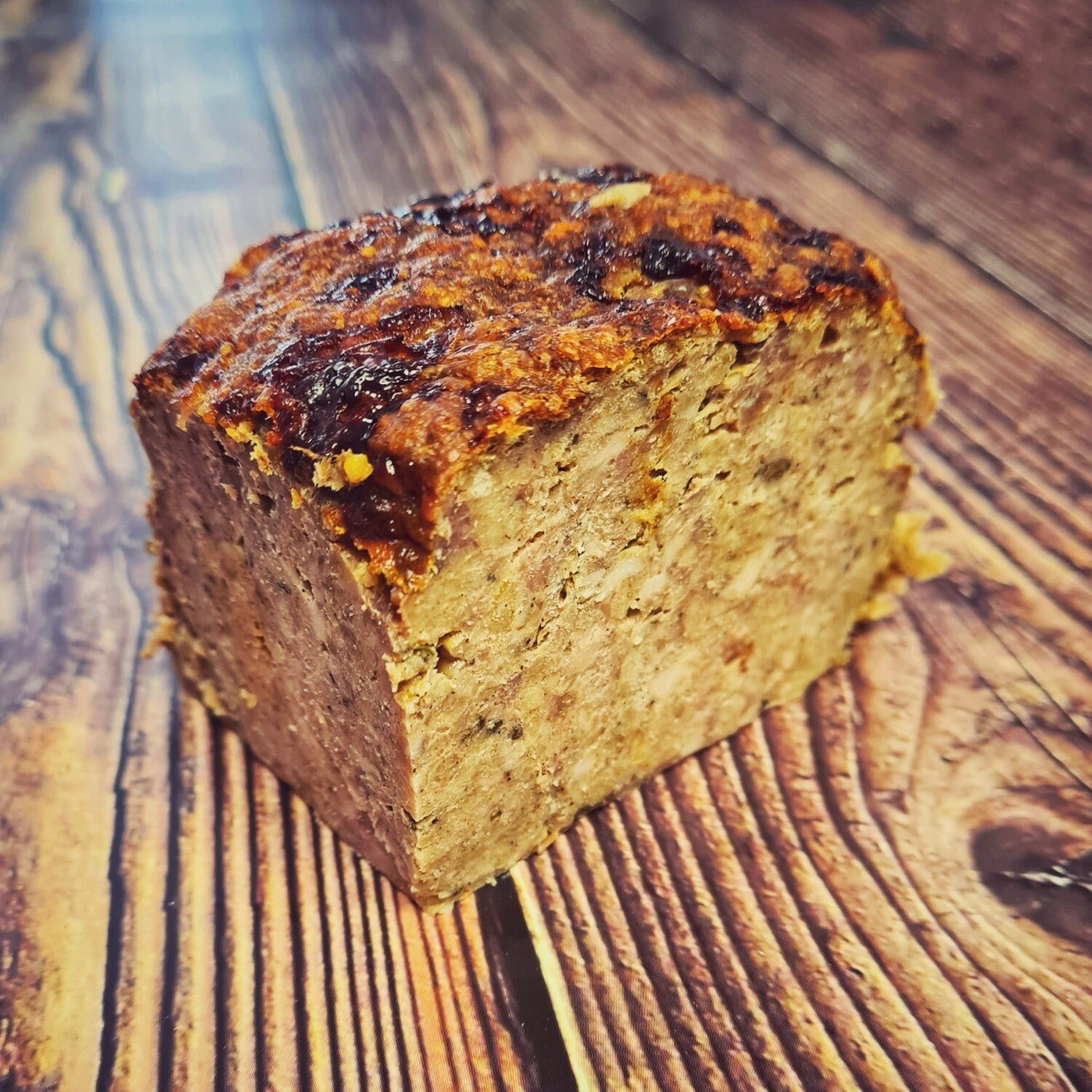 Funnily enough there's no duck in these, according to legend they are so called because the addition of liver gives them a flavour similar to duck and were used as a mock duck in the olden days.

Anyway enough of the history, these little pork meat loaves are similar to a haslet but with the addition of liver, onion and a bit of a peppery kick. Great sliced as a cold meat, but equally as delicious warmed up with gravy like a faggot. Oh nearly forgot to mention, they're gluten free too! Individually vacuum packed, minimum net weight 265gm.