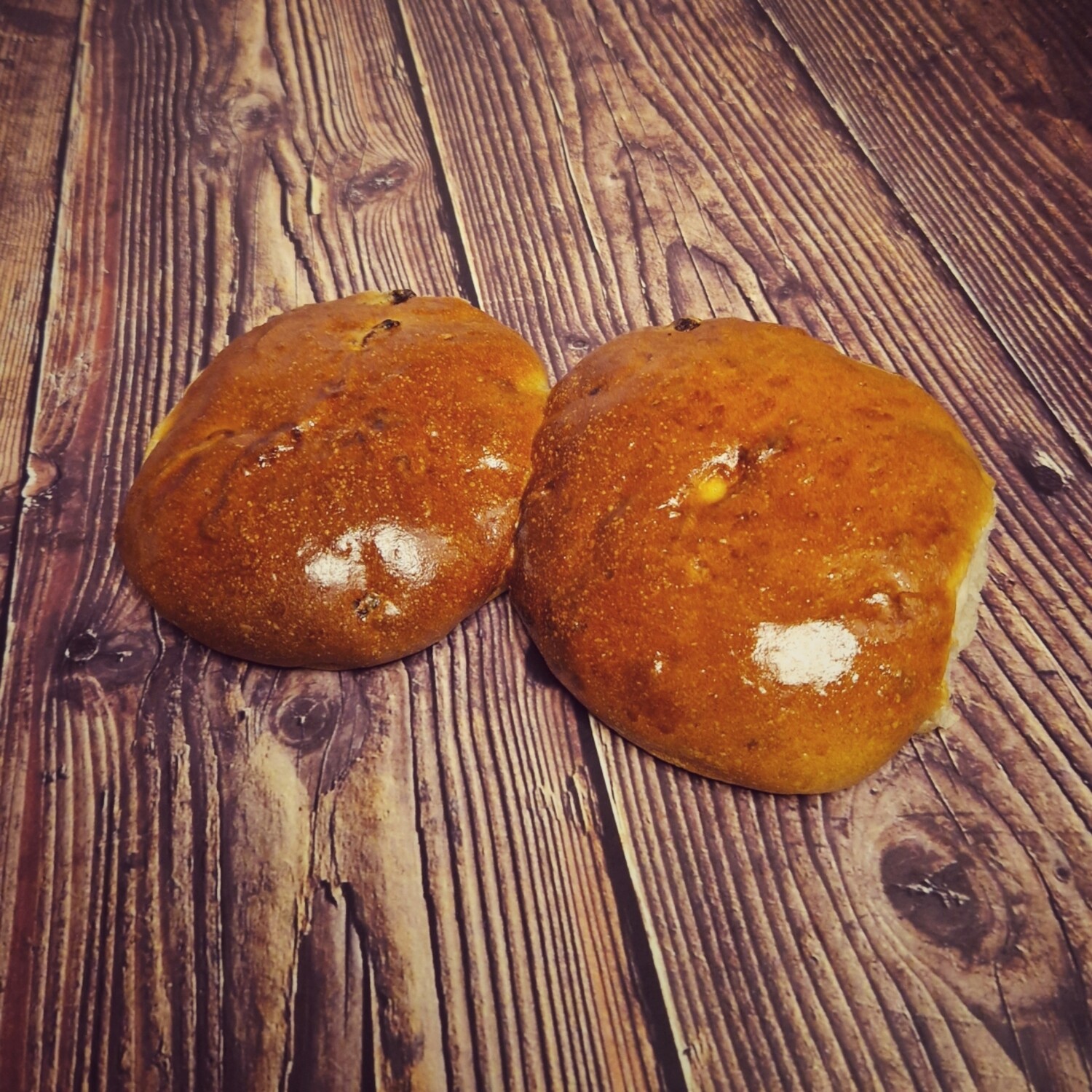 We make these teacakes in the proper old fashioned way by making a sourdough sponge, that is allowed to slow fermented overnight developing a wonderful flavour and breaking down the gluten to make it more digestible.

The following day the sponge is combined with the rest of flour and the dough is enriched with a little sugar and butter as well as the gorgeous plump sultanas and a smidge of cinnamon.

After a prove the dough is portioned, shaped and then each teacake is pinned out with a rolling pin to create a large flat bun, super important because that means more toasted area to spread with butter!

When they're ready for the oven a simple egg wash is applied to give a shiny glaze and they're good to go.

We absolutely recommend toasting these and spreading with plenty of butter, there is no other way..... although we do know someone who likes a fried egg in one!