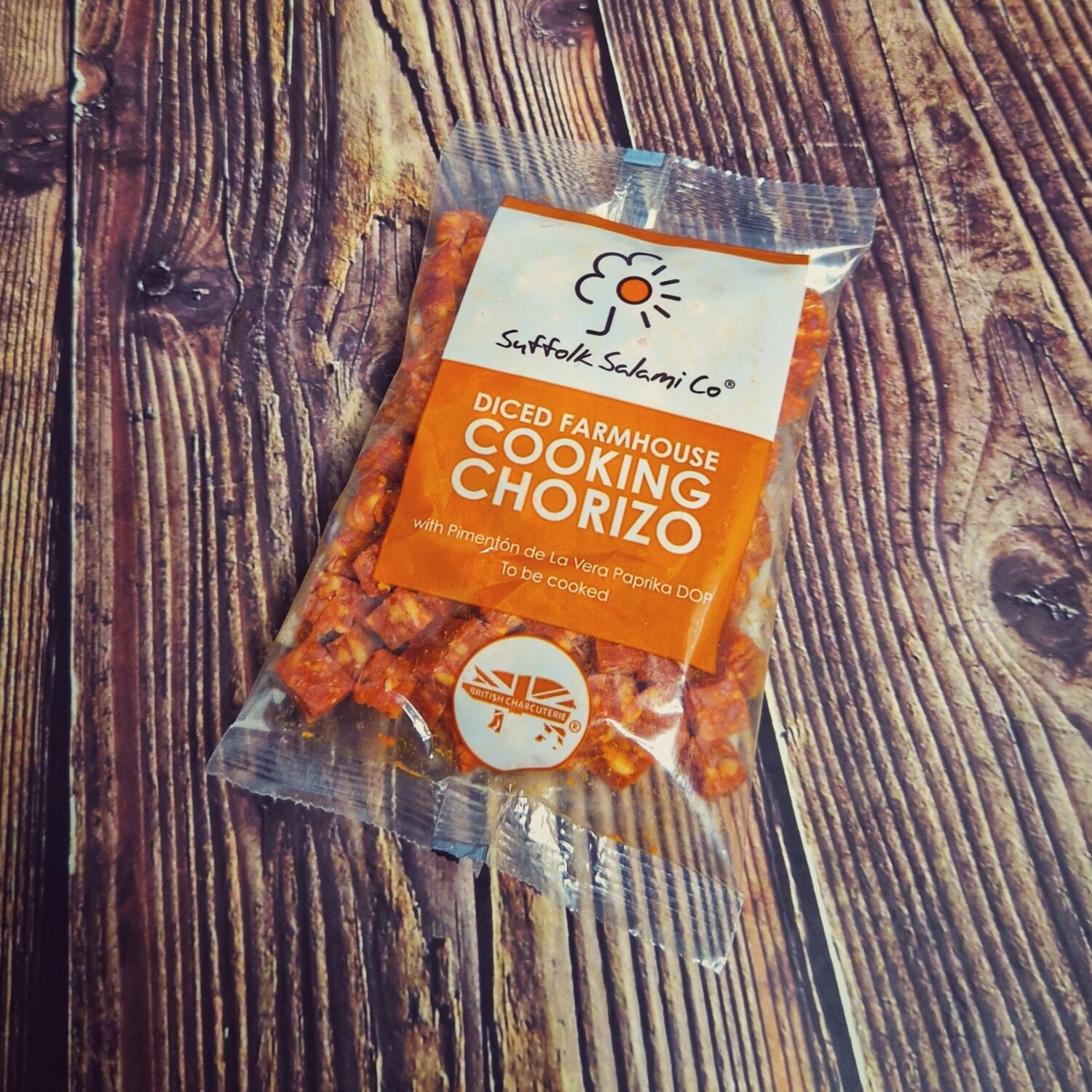 Award winning British charcuterie handmade with Pork Reared from their farm in Suffolk. Lane Farm were one of the first producers of this style of Salami in the UK. Their secret to producing delicious British charcuterie is to use only the finest of ingredients starting with Freedom Food approved pork reared on their family farm, adding carefully selected herbs and spices to enhance the flavour, then the salami is cured and air dried in a traditional way similar to that of Italy and Spain. This cooking chorizo is perfectly seasoned with paprika garlic and herbs and is ready diced in handy 100gm packs ready to use. Being a cooking chorizo this needs to be thoroughly before eating, so it's great in omelets, quiches, paella pasta sauces, we could go on!

Packaged in a protective atmosphere. Store at less than 5°c, once open consume within three days.