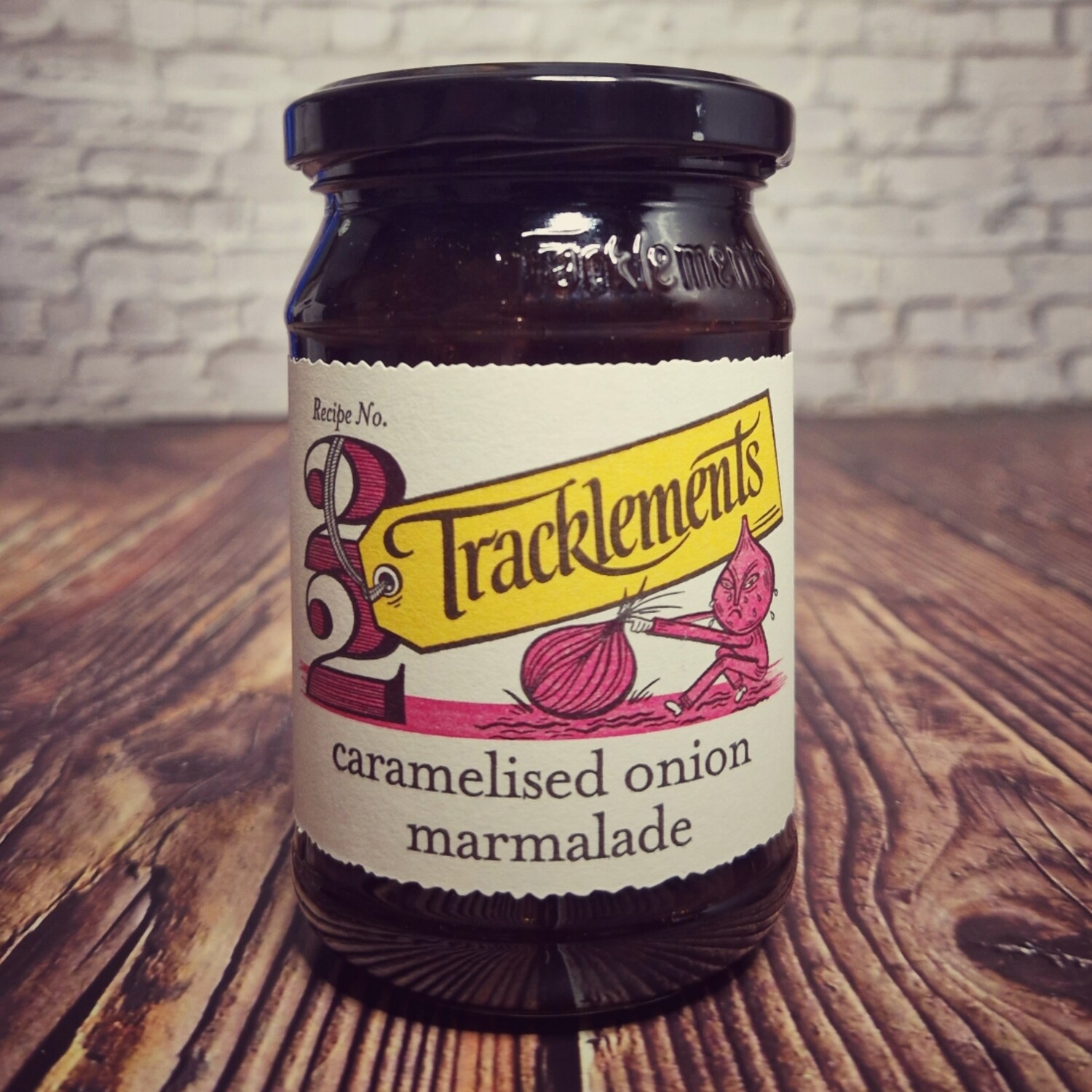 Based in Malmesbury Tracklements are the self professed life and soul of the pantry! They make a fantastic selection of condiments that are all produced using 100% green electricity.

Formerly know as Original Onion Marmalade, this was the UK’s first onion marmalade, and rather special it is too. Made with a splish of redcurrant juice for a pleasing tang, it’s excellent with pâtés, terrines and cheeses, and incomparable when melted over sausages.

Tracklements Lincolnshire supplier sends them top quality and rather tasty onions (although sometimes happily a bit wonky) that supermarkets don’t use, so we can help save on food waste.

Produced in a factory that also handles nuts, mustard and sesame.

of which are saturates 0.2g