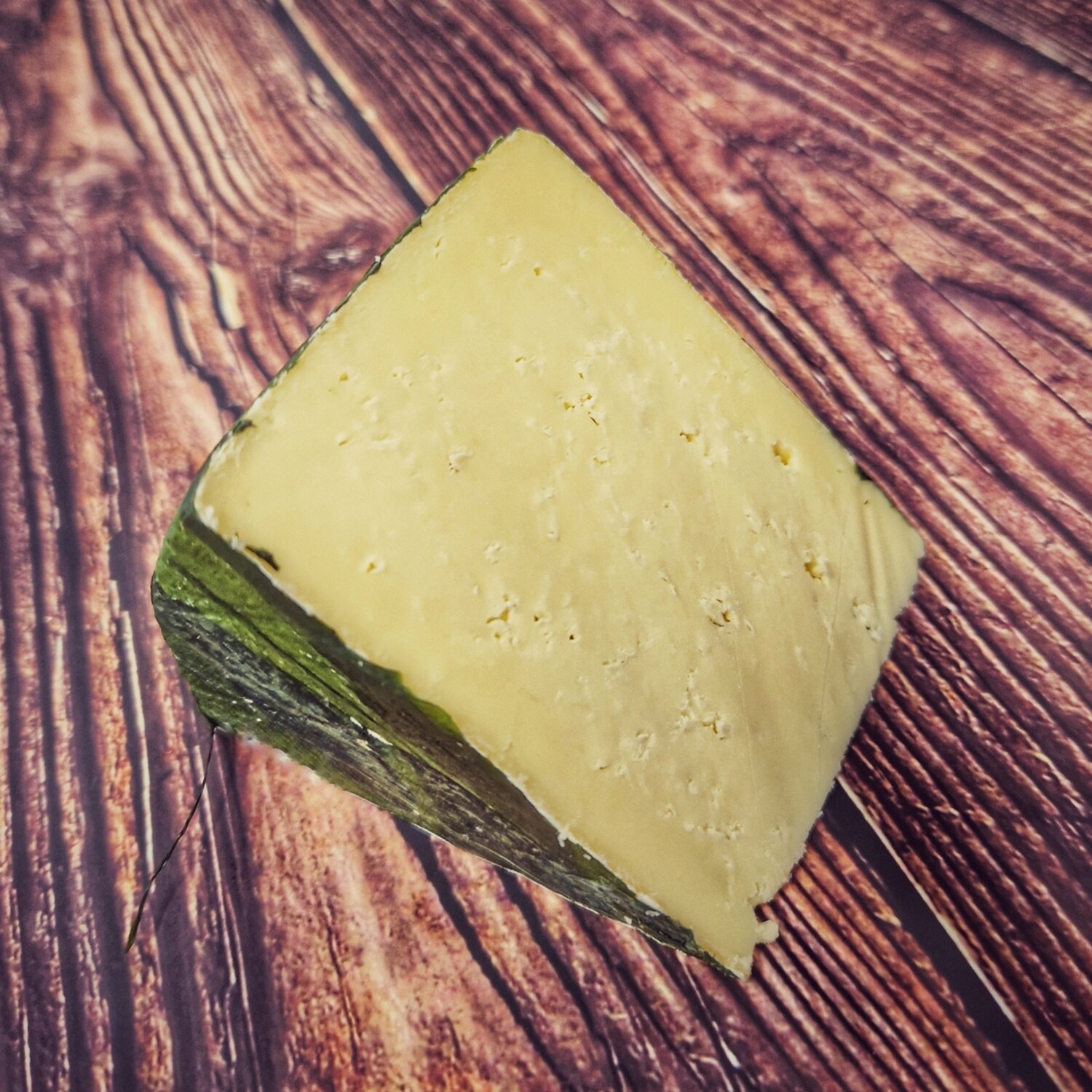 This is a lovely take on an old favourite, Cornish Yarg, which is normally wrapped in nettle leaves. This time instead though they have opted to replace the nettles with wild garlic leaves, which is a genius idea as the mild garlic flavour goes fantastically with the Caephilly style cheese.

Yarg was originally based around a Caerphilly cheese recipe from 1615 that was discovered in a attic in the early 80s by the original cheese maker Alan Gray......Yarg is Gray backwards and that's where the name came from.

In 1984, the Alan sold the recipe to Michael and Margaret Horrell, farmers wanting to diversify into cheesemaking. Catherine Mead began working with the Horrells in 1985, helping to develop the business. She built a second dairy on Pengreep Farm near Truro in 2001 and in 2006, when the Horrells retired Catherine Mead and her team continued production at Lynher Dairies.

It's a slightly crumbly cheese with a beautiful flavour that's lifted to another level with the garlic that seeps into it from being wrapped in the leaves. We think it's a delicious cheese that's very moreish and brightens up any cheese board.