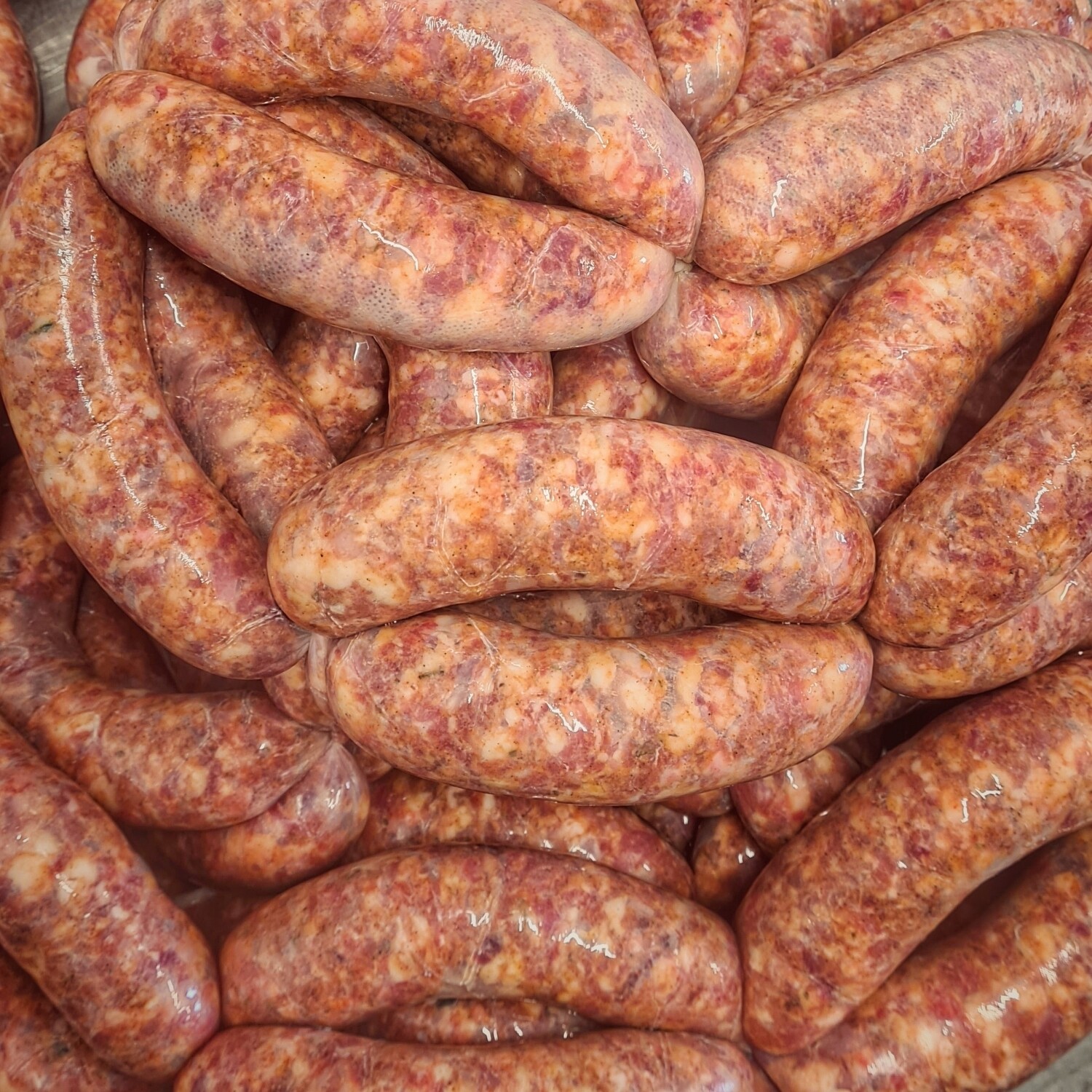 Based around a style of sausage that is popular in Eastern Europe, we originally made them as a fund raising effort for the Ukrainian Appeal and they went down so well and had such good feedback we've decided to add them as a regular to our Feature Sausage collection.

Linked into 4's like we do the Toulouse instead of the traditional coil making cooking them a little easier. They are made with a blend of pork and beef combined with paprika, black pepper, sweet savory, marjoram and a smidge of garlic, there's no rusk so very similar texture to our Toulouse and they're super tasty.

Great for all the normal sausage uses although traditionally they're served with boiled cabbage and fried potatoes, or cooked and sliced cold with a beer.